Nigerian Pidgin English is a version of English and ethnic Nigerian languages spoken as a kind of lingua franca across Nigeria and is referred to simply as "Pidgin",  "Broken English" or "Broken". It is estimated that Nigerian Pidgin English is the native language of approximately 3 to 5 million people and is a second language for at least another 75

Yoruba is the native tongue of the Yoruba people, it is spoken in Nigeria, Benin, Togo and among communities in Brazil, Sierra Leone and Cuba. Yoruba language has a distinction between human and non-human nouns e.g. tani for human nouns (‘who?’) and kini for non-human nouns (‘what?’). Yoruba has over fifteen dialects and standard Yor

Native speakers of Hausa are found in the north of Nigeria, but the language is widely used as a lingua franca in a much large part of  West Africa, particularly amongst Muslims. Hausa is now customarily written in Latin though Quranic schools use writing in an adaptation of the Arabic alphabet.

Igbo (not Ibo) is a language spoken in Nigeria by the Igbo people (Ndi Igbo). It is written in the Roman script and is a tonal language like Yoruba and Chinese, with two distinctive tones; high and low. Reading and writing Igbo is not very widespread and not much Igbo literature exists. Igbo is mainly a spoken and colloquial language today, The first book in Igbo, 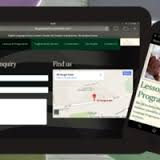