Yoruba is the native tongue of the Yoruba people, it is spoken in Nigeria, Benin, Togo and among communities in Brazil, Sierra Leone and Cuba. Yoruba language has a distinction between human and non-human nouns e.g. tani for human nouns (‘who?’) and kini for non-human nouns (‘what?’).

Yoruba has over fifteen dialects and standard Yoruba is the written form of the language and the standard variety learnt in school. Standard Yoruba has its origin in the 1850's, when Samuel Ajayi Crowther, the first African Bishop, published a Yoruba grammar and started his translation of the Bible to Yoruba More Languages 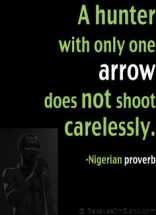 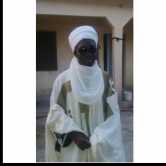 A leper is definitely incapable of churning milk, but can very well waste it.

[Never ignore those who cannot build, they may be capable of destroying.]

i have lost interest in you

Yoruba: All i want to say is thank you jesus